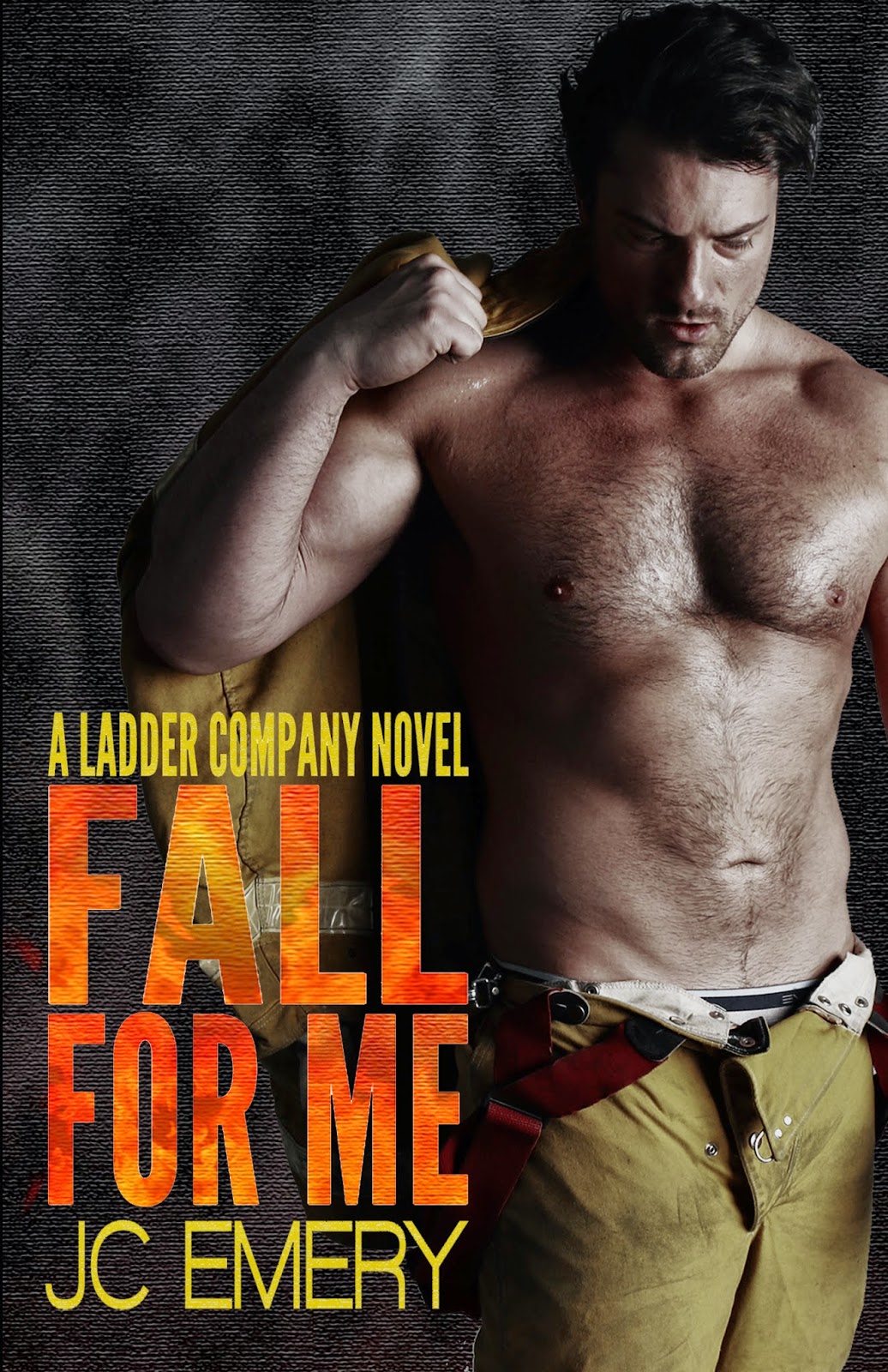 Melanie Kincaid is a trust-fund baby with a knack for sassy comebacks and unnecessarily complicating her privileged life. So, of course she would have to fall in love with a man she can’t have.

Jameson Hayes is a NYC firefighter for Manhattan’s oldest ladder company with big shoes to fill and a city to protect. He’s strong, sexy, and not looking for the complications Melanie brings. But he can’t stay away from her either. The attraction between them is immediate and the pull between them is crazy powerful. But she’s only home for the summer and long-distance relationships never work.

Unfortunately, Melanie’s beauty and smart mouth are a lethal combination and Jameson isn’t the only Hayes who’s interested. As if his brother isn’t enough to compete with, now the city’s most famous arsonist wants to claim her as his next prize. Jameson can’t stand to watch Melanie get hurt and she can’t seem to keep herself out of trouble.

Fall for Me is the first Ladder Company novel, a stand-alone companion series about New York’s most elite firefighting family with hot alpha heroes, snarky heroines, and an arsonist hell-bent on destruction. 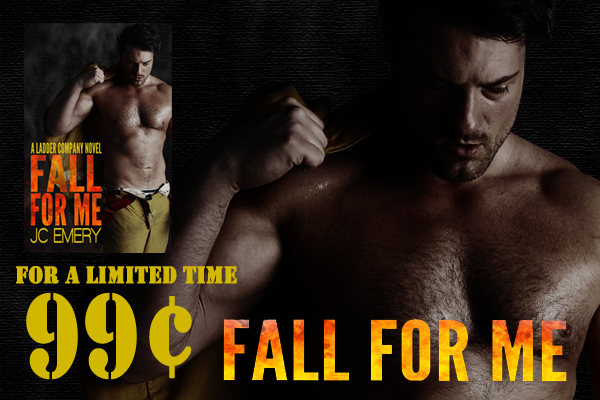 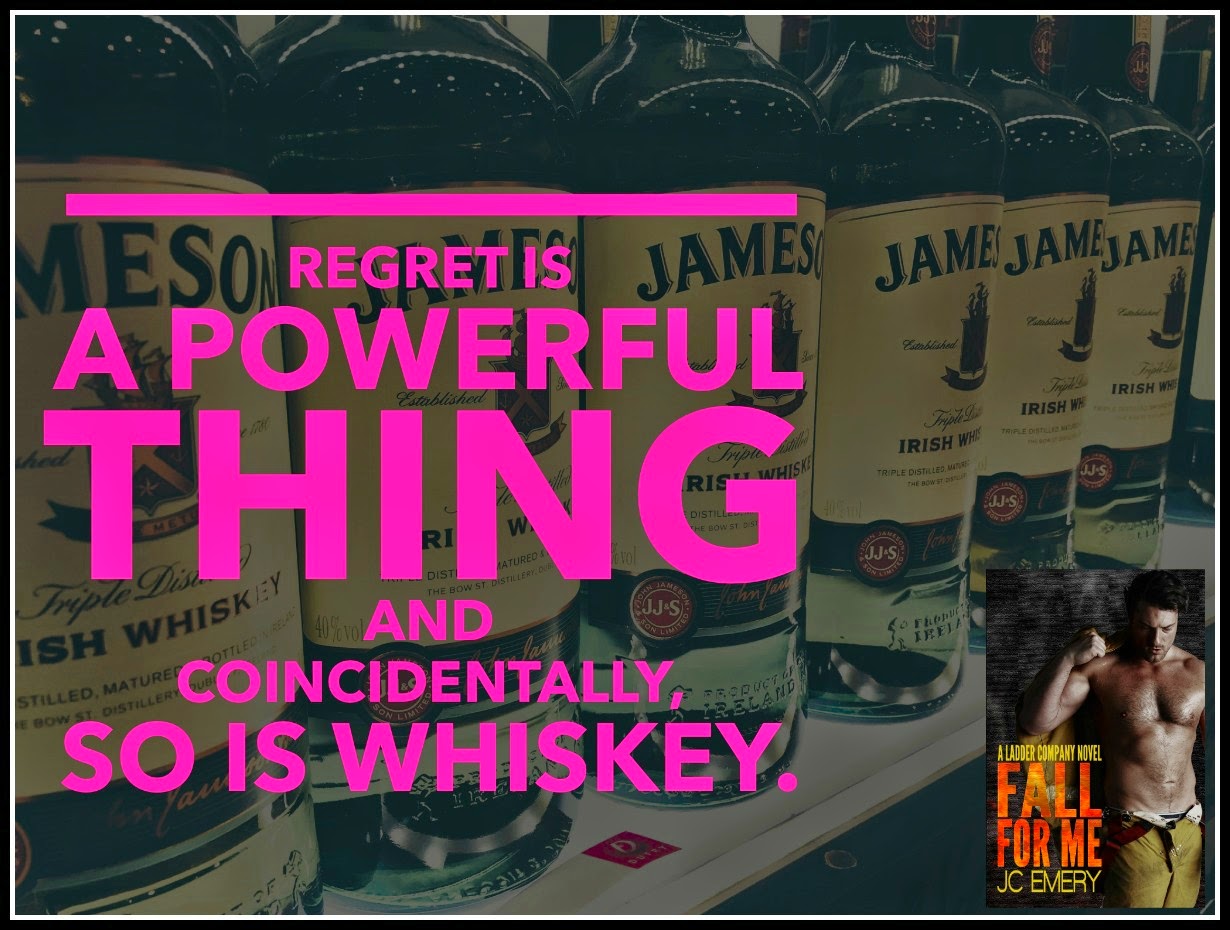 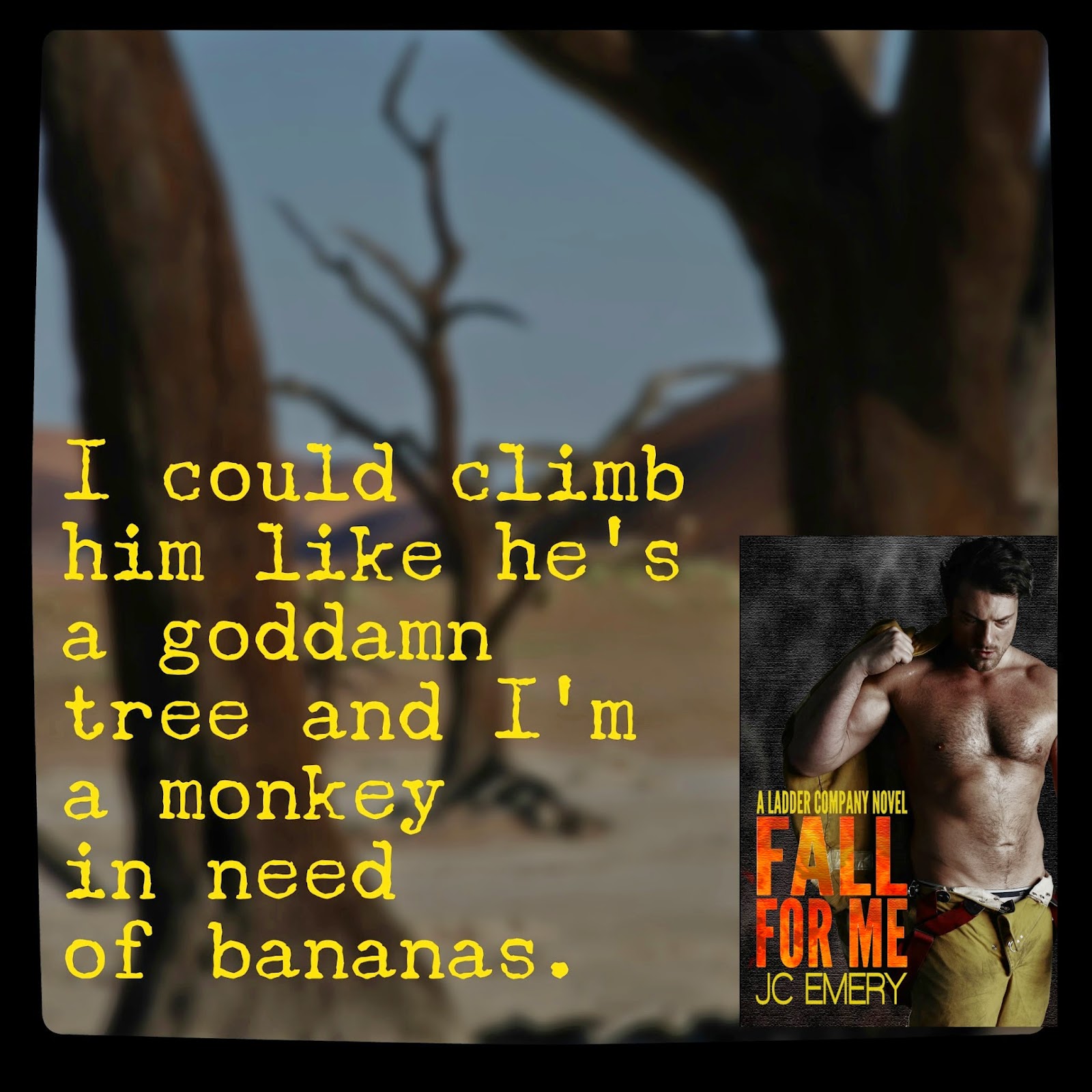 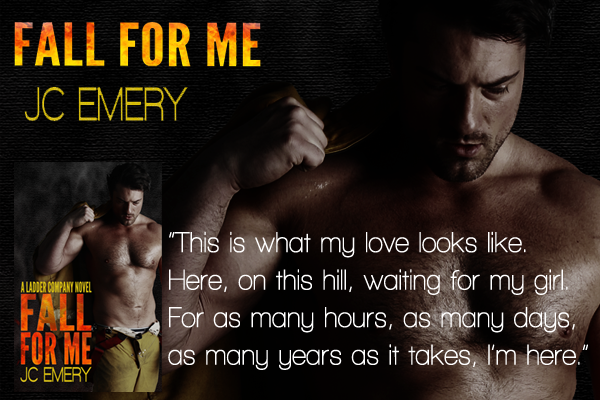 As a child, JC was fascinated by things that went bump in the night. As they say, some things never change. Now, as an adult, she divides her time between the sexy law men, mythical creatures, and kick-ass heroines that live inside her head and pursuing her bachelor’s degree in English. JC is a San Francisco Bay Area native, but has also called both Texas and Louisiana home. These days she rocks her flip flops year round in Northern California and can’t imagine a climate more beautiful.

JC writes adult, new adult, and young adult fiction. She dabbles in many different genres including science fiction, horror, chick lit, and murder mysteries, yet she is most enthralled by supernatural stories– and everything has at least a splash of romance.